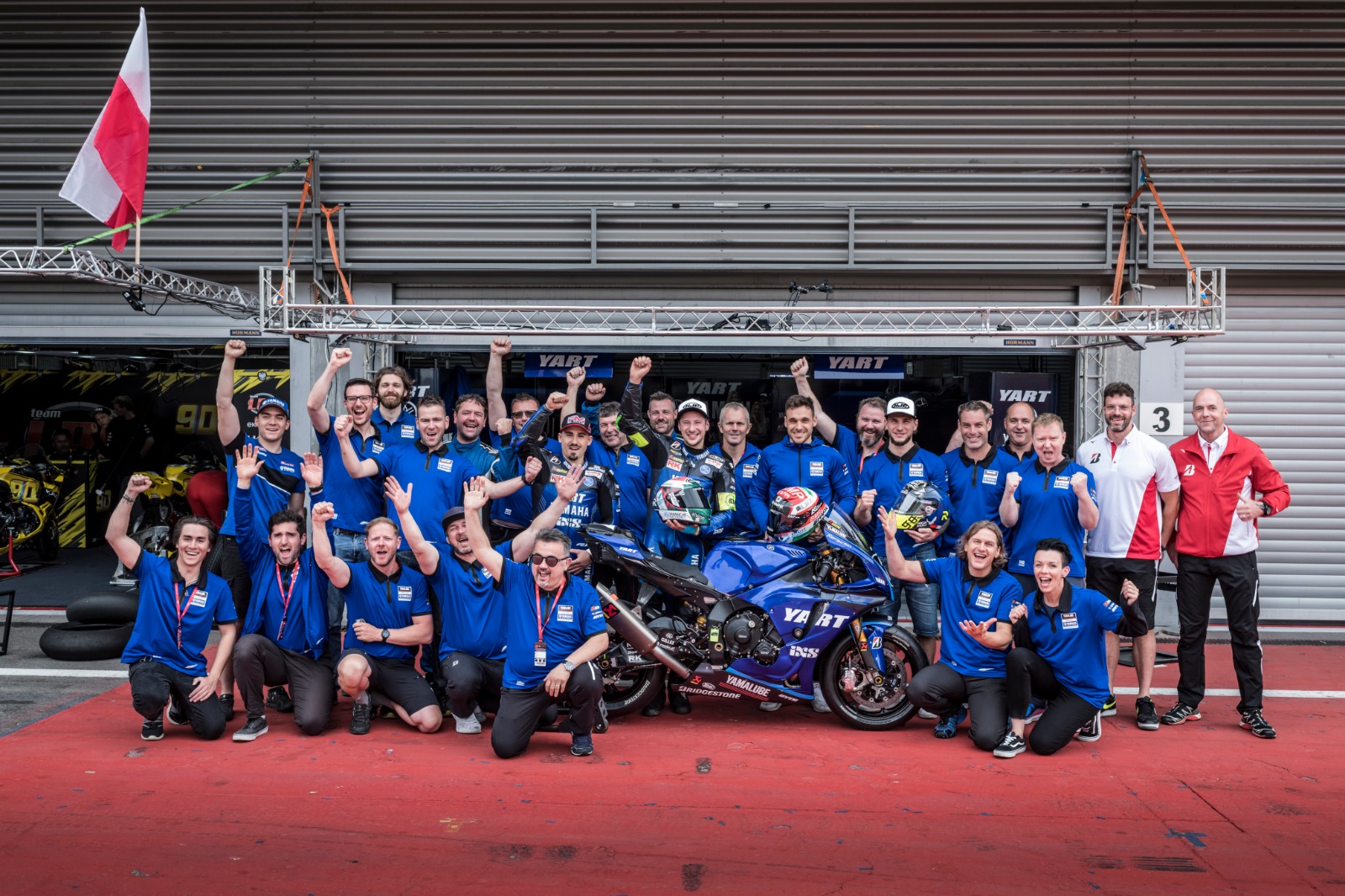 The Yamaha Austria Racing Team (YART) was founded in 2001 by owner/team manager Mandy Kainz with the intention of challenging for the FIM Endurance World Championship. The team achieved their first podium with third place two years later, and repeated the achievement the year after in 2004. The following year in 2005 saw YART take third overall in the world championship, starting a five-year run in which the team never finished outside the top three. YART took third again in 2007 and 2010 and were championship runners-up in 2006 and 2008. In 2009, the team achieved the ultimate and took their Yamaha YZF-R1 to title victory, taking race wins in the 2009 24 Hours of Le Mans, 2009 8 Hours of Oschersleben, 2009 8 Hours of Albacete and 2009 8 Hours of Doha.

In 2010, the team took second place podiums at the 24 Hours of Le Mans and 8 Hours of Doha to finish third overall. They continue to make regular podium appearances, scoring third and then second at the Bol d’Or in 2012 and 2013 respectively and were again third at 2014’s 24 Hours of Le Mans. In 2015, another podium was achieved at Oschersleben and a consistent 2016 season saw YART end the year sixth in the four-round championship, the highlight being a magnificent fourth at Suzuka, where they were the highest placed of the regular world endurance teams. The 2016/2017 season saw them improve to end the season in third overall, with podiums at Le Mans and Oschersleben, and they once again finished as the highest placed full-time team at the prestigious Suzuka 8 Hours.

YART made one change to their three-rider lineup in 2017/2018, with experienced Australian Broc Parkes being joined by talented youngsters Takuya Fujita from Japan and Marvin Fritz from Germany. Despite a couple of unlucky results the YART Yamaha Official EWC Team found their form at 8 Hours Slovakia Ring with a flawless performance that saw them pick up a full 30 points.

The 2018/2019 season sees Niccolò Canepa taking the place of Takuya Fujita and joining Broc Parkes and Marvin Fritz at YART. Canepa joins the team from the GMT94 Yamaha Official EWC Team, who have announced their move from the FIM Endurance World Championship to FIM Supersport World Championship in 2019. He brings with him invaluable experience, as a former EWC World Champion, to a team hungry for their next title.

2018/2019 proved much stronger for the team than the previous season, taking a second consecutive win at the 8 Hours Slovakia Ring and second-place finishes at the Bol d’Or and Suzuka 8 Hours. The YART line-up for 2020 with Fritz, Canepa and Hanika using the YZF-R1 to contest another thrilling season and fight at the top for victory and titles.